From August to September 2017, Platform China is presenting a solo exhibition by Qi Wenzhang with more than 20 pieces of his recent work. The artist's studio, flowers, meat and the human body are amongst the source material for Qi’s paintings. He constructs his own unique visual narrative and artistic concept by incorporating in his works elements of absurdity and illusion, rural scenes and modesty, reality and realism, modern developments in painting and the artist’s interaction with the history of painting.

Qi's work readily evoke memories of some of the great masters' classical painting. He is fond of using classic images from history as a source of inspiration, borrowing parts of them or appropriating patterns from them and placing them in his landscapes. From this fondness for the masters of the past and his wide reading, Qi has become very familiar with the themes and iconography in classical paintings, and believes that “a painting is constructed from other paintings”. He has gathered around himself abundant sources of inspiration by repeated examination and contemplation of classical works. 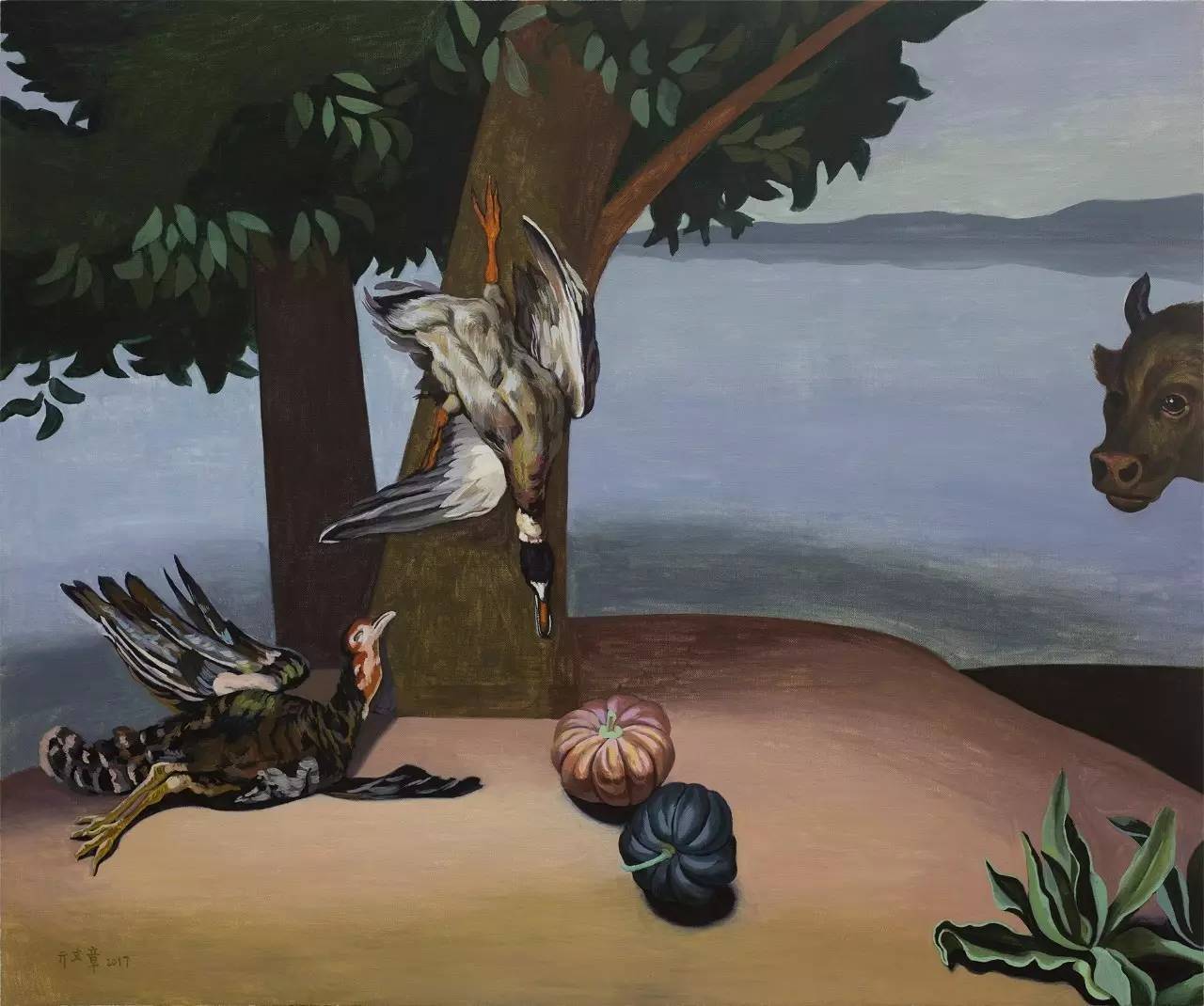 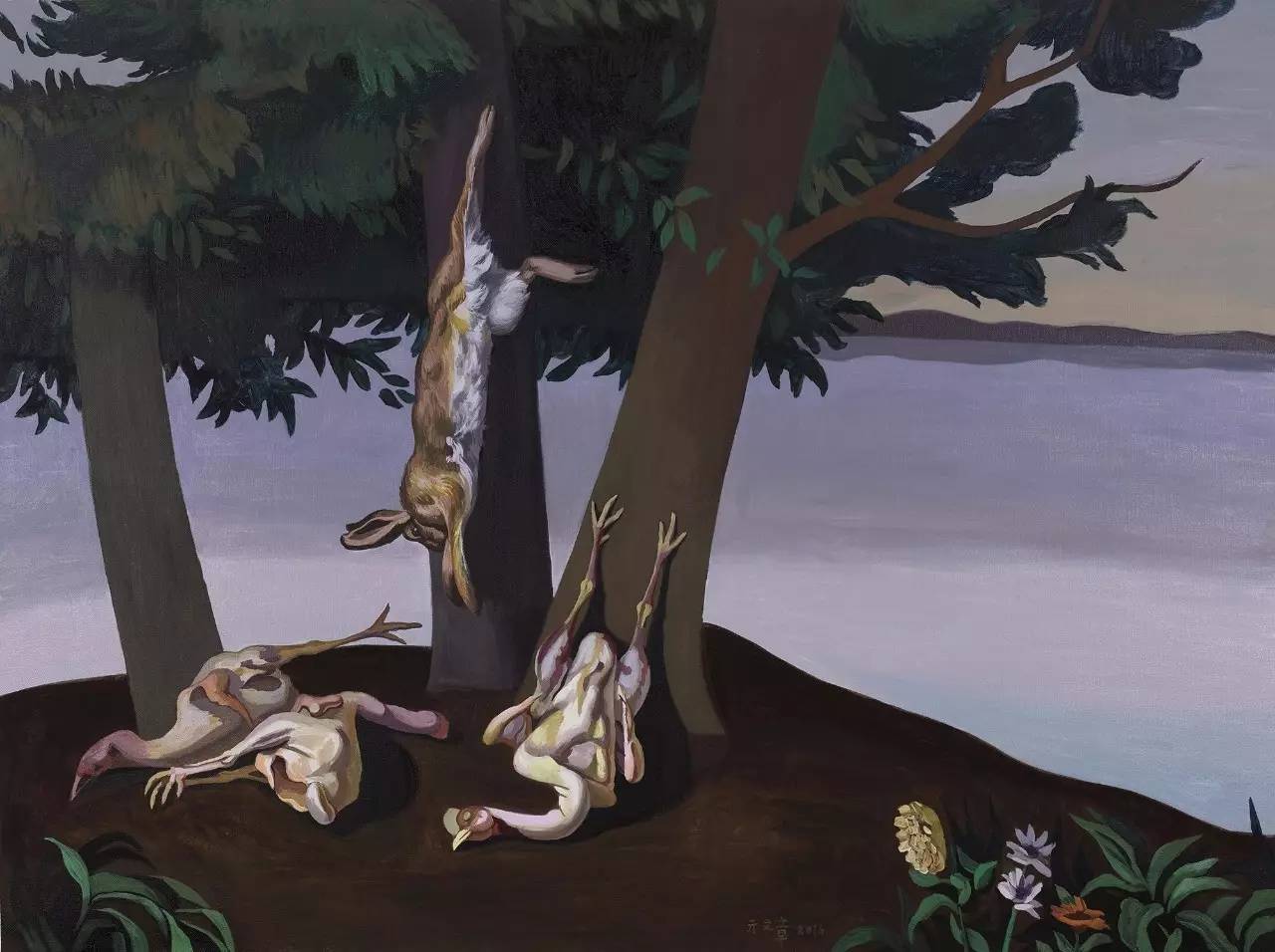 At the same time, his own personal experience has been subconsciously incorporated into the works, becoming an integral part of his creative process. The artist tells us about wanting to offer a painting to a friend but never being able to find quite the right subject matter. Then one day, when looking through a book, a tableau by the French painter Jean Frederick Bazille caught his eye. In the tableau, a black maid is engrossed in the act of watering flowers. The scene and its atmosphere fitted his idea for the “gift“ that Qi had been imagining. Thus in that instant, history and the present met head on, leading to the birth of a creation.

The artist’s interest in painting the human body is linked to the works of Gustav Courbet. Such was the extent of the criticism that the rebellious Courbet suffered during his lifetime that he was forced to earn a living drawing erotic female nudes. The sundry controversies that plagued him, contrast starkly with the celebrity accorded him after his death. Looking at the nudes that Courbet drew, one is reminded of these trials and can’t help but feel sorry for him. Qi’s first work, taking the human body as subject matter, is inspired by Courbet’s story. He has given it the title "Deception", referring to the subtle relationship between the figure and the artist's life.

The process of painting is of course not only about discovering new ideas through the study classical works, but also about the evolution of the art by practicing it. Evidently Qi’s work “Untitled (The Artist is Monkey)“ must be viewed in context with a series of self – portraits he previously produced. In these new paintings however, the artist's figure has been replaced by that of a monkey. The more seriously the monkey sits and paints, the more eccentric the scene appears. This substitution transforms a realistic image into an illusion, demonstrating the artist’s ironic stance regarding personal identity.

798: In your works “Untitled( The Artist is Monkey)“ and “Artist and Model“, we see images of the model and the painter. It is intriguing how the figure of the serious artist, concentrated on his  painting, has been replaced by that of  a monkey. Could you tell us more about this idea?

Qi Wenzhang: The theme of the painter and his models is a traditional one and many artists have already treated it, but I like to look for new possibilities in familiar themes. Of course painting is a very traditional medium and it seems unlikely that one might do something new with it. What I mean by “new possibility“ is simultaneously rediscovery of tradition and incorporation of personal emotional experience in the painting. The substitution of the painter's figure may appear merely absurd but in fact, it is inspired by the inferior social status of intellectuals in modern cultures. Thus it is also a sort of self – mockery.

798: There is classical temperament present in your works, which is certainly related to your preference for and allusions to classical masters. How do you think modern painters can confront classical paintings in their work whilst maintaining their own personality and taking the tendencies of the modern era into account?

Qi Wenzhang: The works of the great painters of the past are considered as masterpieces precisely for the reason that they seem new whenever we see them. I borrow compositions from classical paintings whenever I feel that it is appropriate as, even in a contemporary context, they still seem really vibrant. As for the artist's personality, there is no need to give it special consideration, since it is rooted in my body and can never be lost.

798: In your tableaux, there are various depictions of meat, rabbit, duck and other animals. Such images are part of a tradition in painting but you have taken them and placed them in landscape paintings. This juxtaposition produces a singular contrast, just how did you come up with this?

Qi Wenzhang: It probably has something to do with my own life: I grew up in the mountains and often saw people hunting. Whenever I come across this kind of theme in a classical work, it attracts my attention and stimulates my passion for creation. This contrast is my way of handling the subject matter. For if the background were too simple then the painting would look too ornamental and if it was overly complicated then there wouldn't be enough of a contrast. I don’t like tableaux where everything is in “harmony”. I am continually looking for a challenge for myself.

798: Compared to your previous works, the paintings in this exhibition present some new aspects – whether that is the theme or the choice of colours. How did these transformations come about and what is the main question that you are trying to solve at this point in your career?

Qi Wenzhang: When I was painting in Beijing, I preferred squares in my compositions. My paint was thick, and the colours were dark. In the last two years, the shapes in my paintings have become rounded, the colours brighter, while the paint is applied more delicately. This may be related to the change of surroundings when I moved to Shanghai two years ago. It is rainy and humid in the South; people here are more sophisticated too – very different from the culture and character of northerners. So my works are gradually changing from me being in such an atmosphere. Of course, there is also a personal desire for change. When I look back, my works had a different appearance before. Thus we see that environment has an enormous influence on the artist.

798: What kind of considerations do you take into account when choosing the subject matter for a painting? Are they a representation of reality, or a way of reexamining the subject?

Qi Wenzhang: My sources are quite diverse but the selection process depends on pure intuition – it might be a phrase, an image from the news, someone else's work, or a picture from a friend. Some of these I use directly but some need to be appropriated until they become “reasonable“. All these things that may trigger my creative impulse, probably stem from my understanding and pursuit of painting.

798: In the era of a plethora of media and mediums, you still persist in the pursuit of painting, does this lead to difficult moments in your life?

Qi Wenzhang: In life I sometimes hesitate about things, but this has never been the case for painting. Painting is reality for me, and gives me the feeling that I have my feet on the ground. 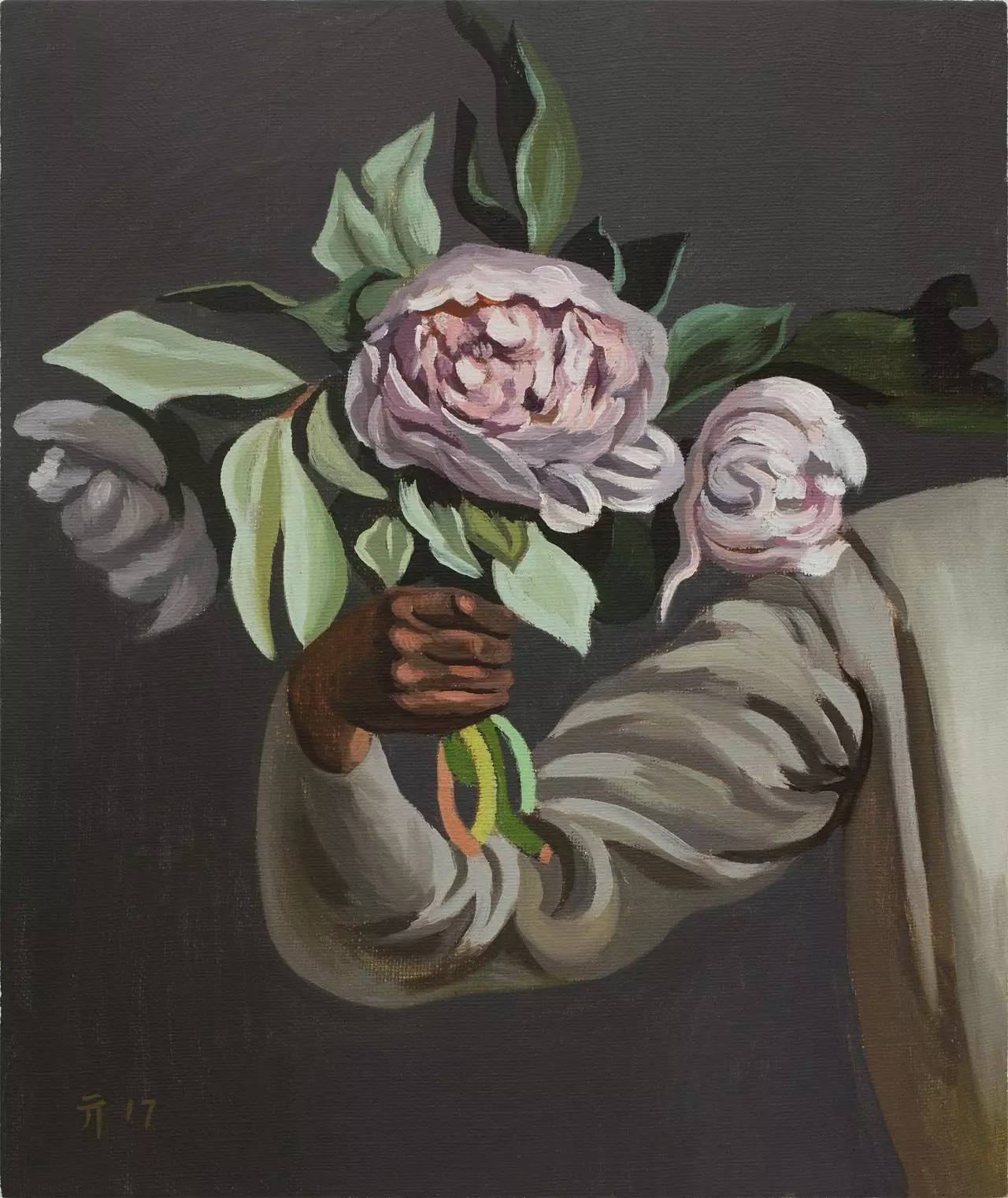