The exhibition, “Encephalon Heaven” presented at the M Woods Art Museum features the most representative works by artist Lu Yang done in recent years, which span across the spectrum of artistic mediums. Having made full use of the entire exhibition space, the show not only affords the viewer an immersive experience, but also effectively fortifies the message in these works of art. Other than the apparent subcultural visual iconographies in Lu Yang’s art practice, her works address the metaphorical issues about life, the spirit and other issues pertaining to the human civilization. By adopting disciplines such as religion, medicine, biology and such, the artist has constructed a system of artistic practice in which the artist has infused her worldviews that are becoming increasingly complete and mature. 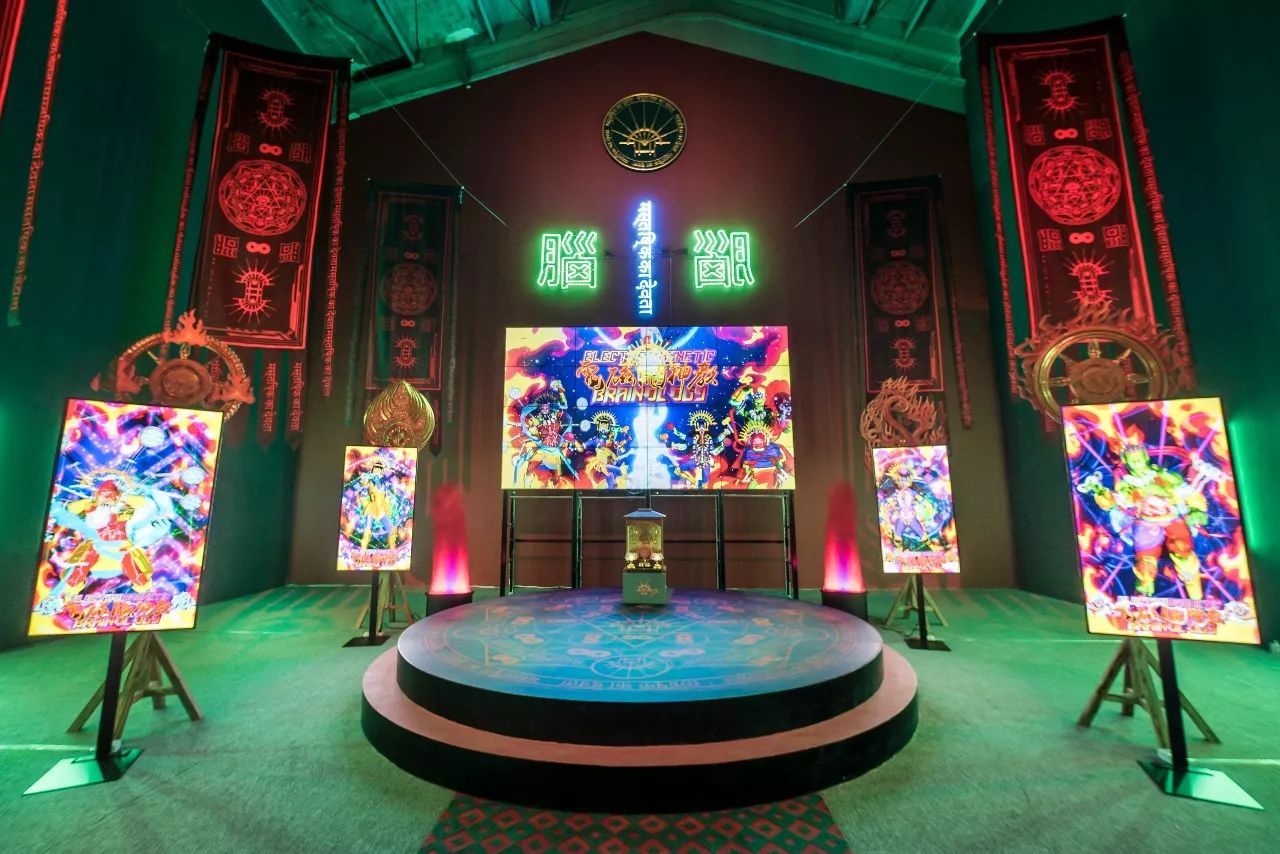 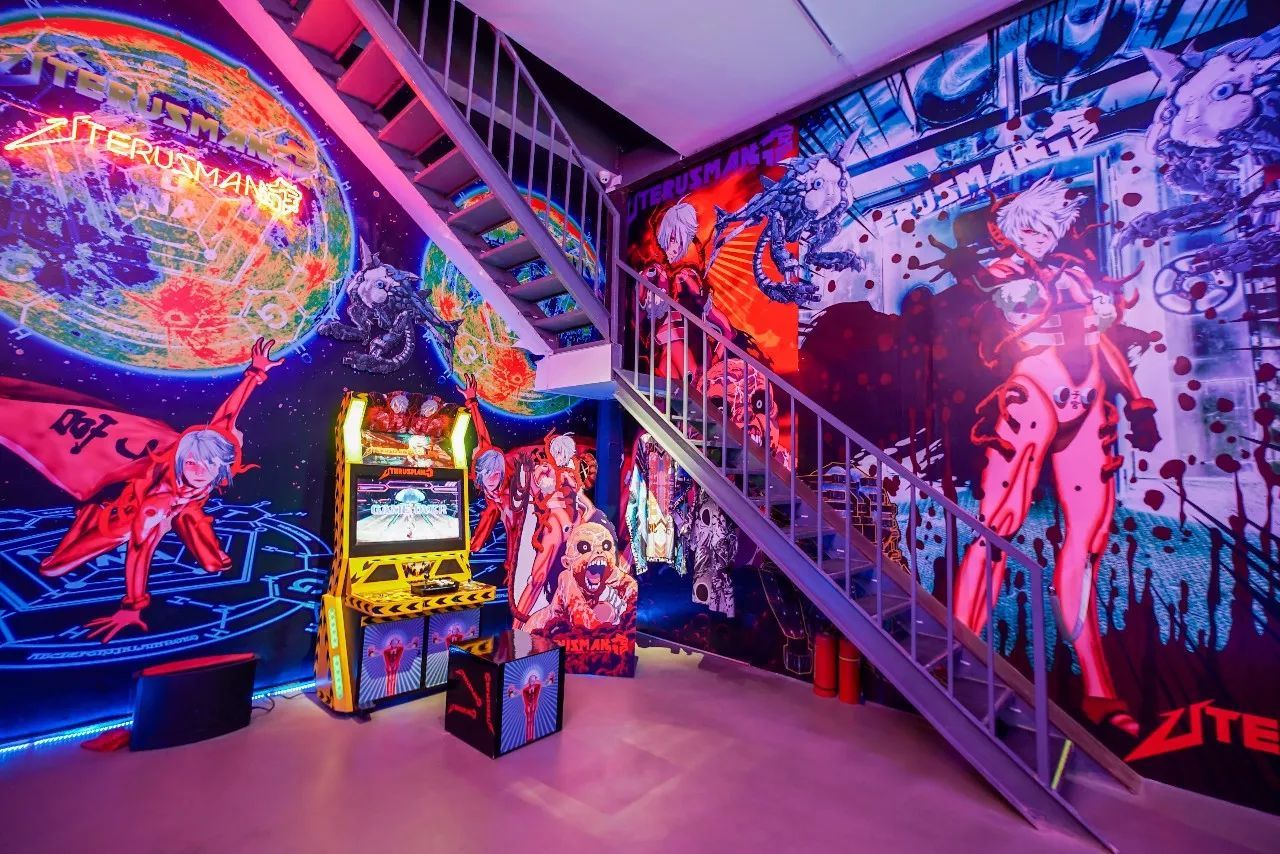 798: In your solo exhibition “Encephalon Heaven” presented at M Woods Art Museum, it’s made apparent by your installations that you wish to generate an immersive environment. Some works in this exhibition, “Electromagnetic Brainology”, the AR version of “Wrathful King Kong Core” and other works are presented as installations in a pre – designed space, which both demonstrate certain elements of religious rituals. What are your thoughts on mobilizing the entire space for these works?

Lu Yang: I am tired of displaying works as objects, and I wanted to design the space so it will be interesting for the viewers, where they would have such immersed experiences.

798: The piece “Electromagnetic Brainology” integrates elements of Hindu religious dance with your namesake virtual 3D animation, what is the relationship between these two elements? Can you tell us about some of your thoughts?

Lu Yang: This work was produced in Goa, India at the beginning of the year. I translated the transcranial magnetic stimulation and deep cranial shocks, icons that have appeared in my previous works for the Hindu religious dance. So your first impression of the work would still be Hindu traditional dance. This work emphasizes on the iconic elements of “Electromagnetic Brainology”, presented in a different manner.

798: In fact, the religious references in your work are not about a particular one, but a mix of, or an assortment of them. It seems that your intention is not to present an in – depth interpretation of any religion, but to treat all of them as a unified ideology, by which what would you like to address?

Lu Yang: People perceive how these religious elements have been adopted into my work, but they are used to package my central ideas. 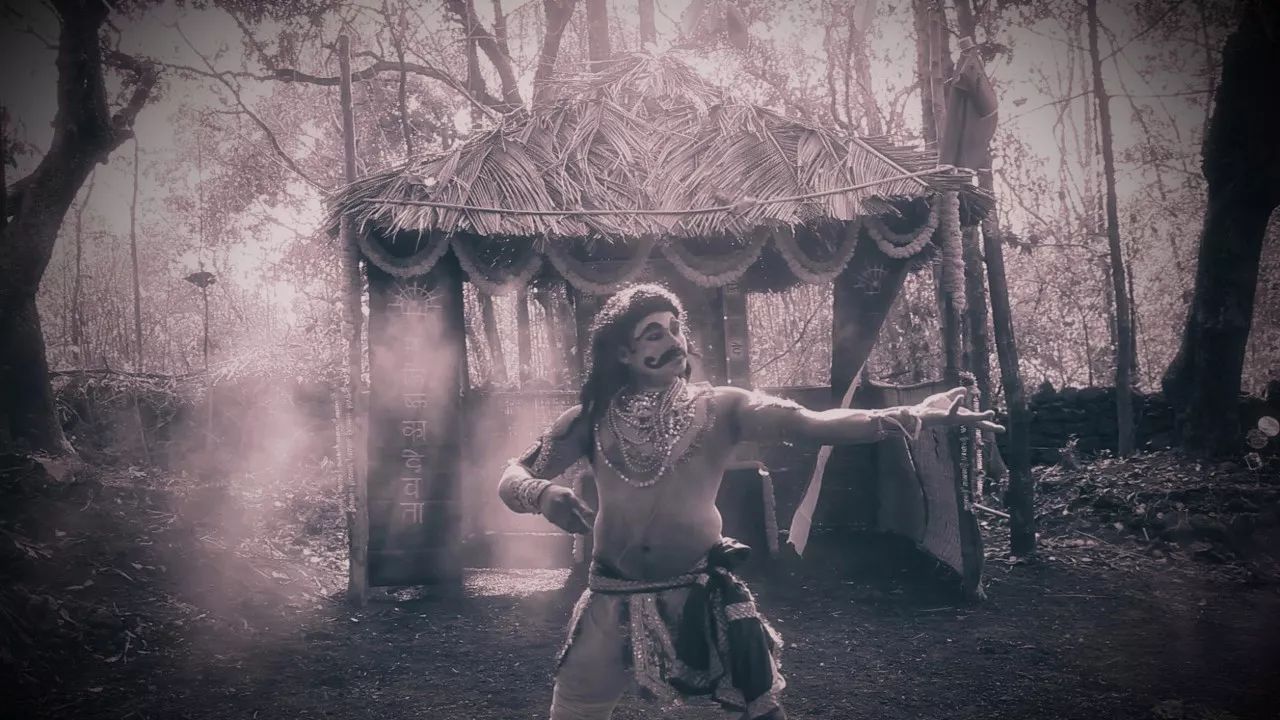 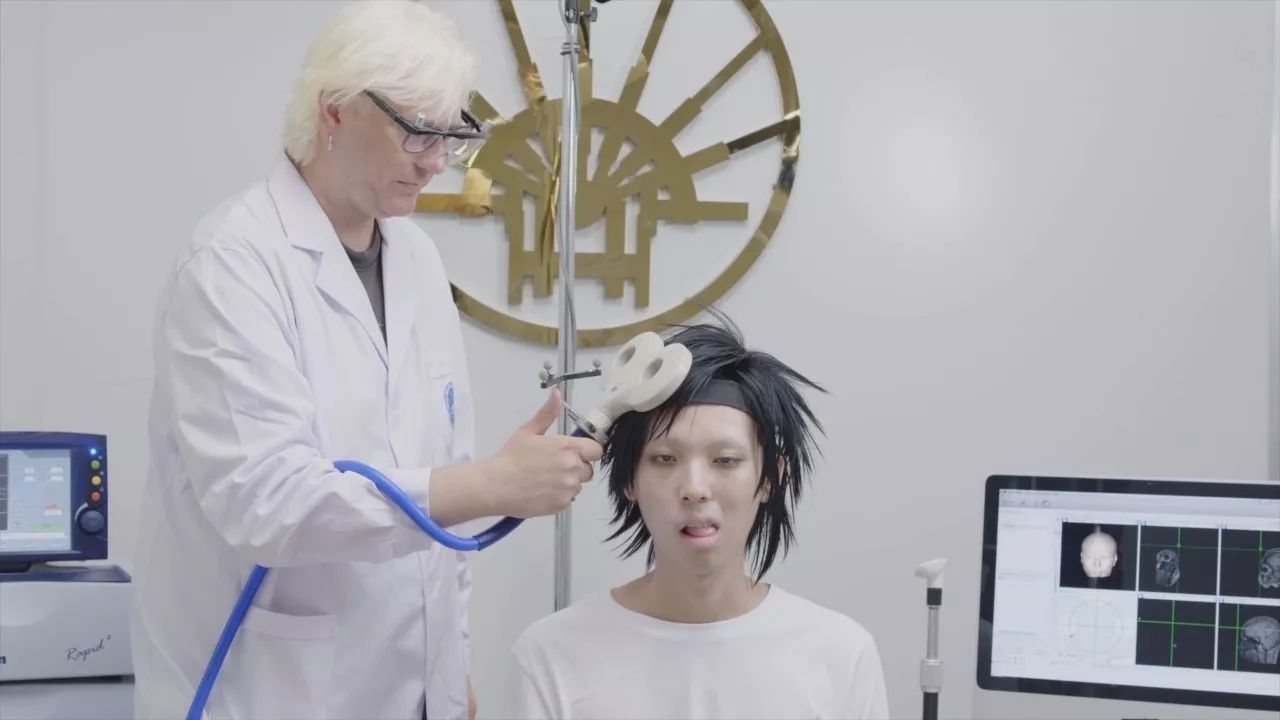 798: The new piece, “TMS Exorcism” in which the central iconography of TMS is also found in “Lu Yang Delusional Mandala”. Your work adopts medical disciplines in brain science, neuroscience and psychology, how did you become interested in these subjects?

Lu Yang: It’s hard to say, it was my natural affinity, maybe it’s because I have seen a different world in the hospitals when I was little.

798: Do the medical elements in your work represent an objective analysis or ways of observing the body?

798: Your works simultaneously refer to science and religion, are you trying to address the commonality between the two, or the deconstruction of the latter by the former?

Lu Yang: I think the different disciplines can help me to construct my worldview, and religion and science being the two best approaches. I’ve appropriated what I agree with in order to construct my own world.

798: Formally speaking, your works encompass a variety of subcultural elements such as anime, games, electronic music, punk and etc., which together constitute the context of your work. They are often conveyed as an information overload. Does your representation of these formal elements suggest a particular identity of this time and individual experience of a creator?

Lu Yang: One would certainly perceive the characteristics of our time, because these icons are unique to this time. I’ve been immersed in this kind of culture since I was a child. What I entertained with, relaxed with or amused myself with are these cultural components. So, when I am making artworks, if I could engage the things I like for self – expression, must be also relaxing and fun to those who have had the same experience. So I use these modes of expression to pay tribute to the works I like, and follow in the footsteps of those creators I appreciate, and use the elements I enjoy to package my own worldview makes me really happy. The process of my art practice is to draw everything I like in the way I like in order to shape my work.

798: Your works address those ultimate and lasting issues about life, the spiritual and etc., in the human civilization, through visual forms found in popular culture, the forms and contents of the works seem to create a strong tension. In your view, are they contradictory? How have you managed or mitigated the relationship between the two?

Lu Yang: I’ve mentioned why I am using these elements previously. So, none of them is contradictory to me, and to apply them in my work however I want makes me very happy. In addition, I have neuro – satiation deficiency, so I need constant and strong stimulation to feel. With my own experiences of hearing these elements, would naturally stimulate most people’s sensory system. The benefit is people can take my work as an entertainment, and for those who are interested or who share similar views may dig deeper, so the works may offer different levels of understanding to viewers of varying degrees of acceptance. 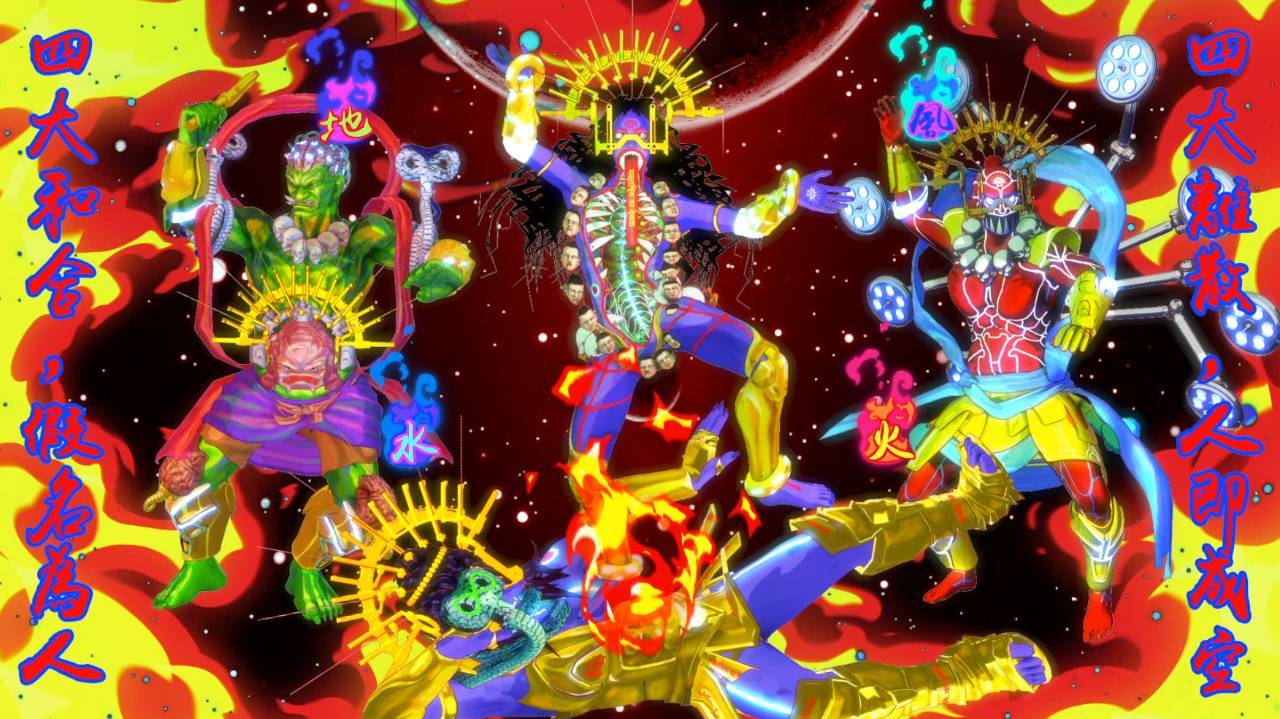 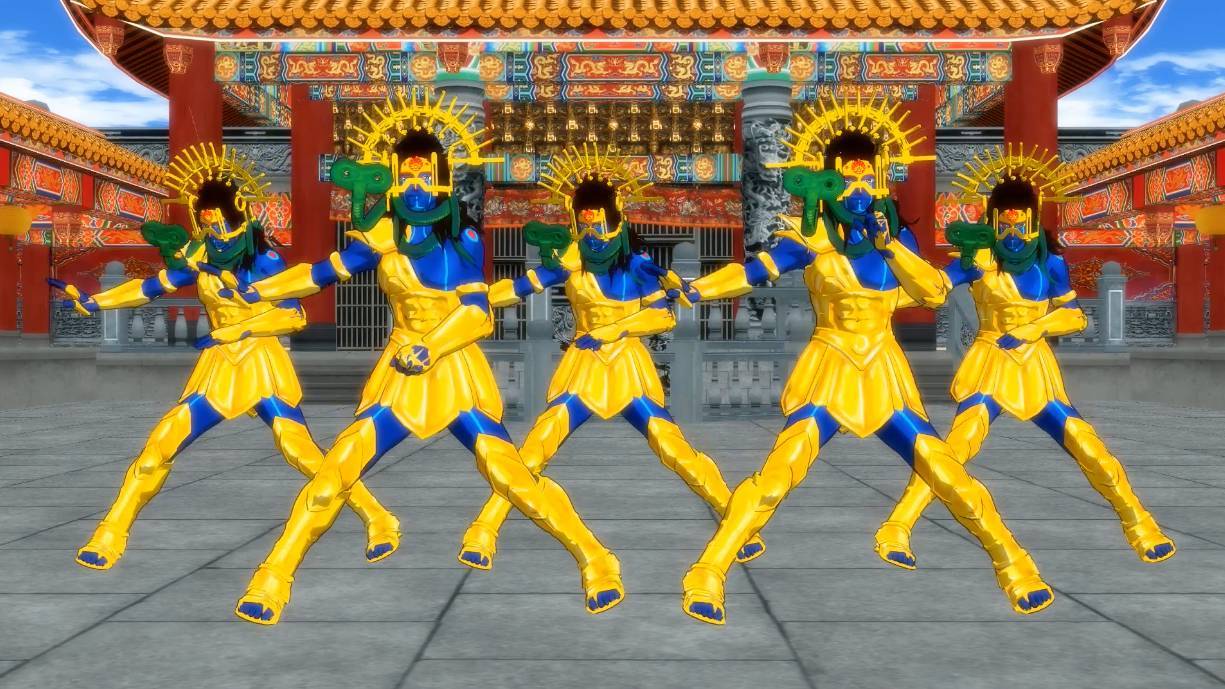 798: You have adopted your own image into your work, does that project the human analysis or exploration of the self? What are your thoughts on that?

Lu Yang: The first time I adopted my own image was for “Lu Yang Delusional Mandala”, because the work involves many taboos that most people would consider inauspicious. For instance, about death, diseases and etc. I created this role without knowing what it actually means, so I decided to use an image of myself. Then it became an addiction, which became very satisfying to manipulate the image of oneself. So in the 3D software, I kept on torturing and destroying this icon. I hope through this process I would be less obsessed about myself, since it’s something very difficult to achieve, so perhaps it was a practice in the course of making this work.

798: The medium of your work requires a lot of technological elements in the process, what kind of process does it entail, from having an idea for a work to completing it? Does this process require a team to collaborate with you? Can you talk about your work method?

Lu Yang: I enjoy working alone, in fact, I am afraid of sitting with people to work in an office, so I do everything I can on my own. Working alone would not have the setbacks of many elements, one can work many nights and overtime without having any complaints. Although a lot of the technical aspects demand certain assistance, so sometimes I have to collaborate with others, and this aspect of my work is purely a matter of luck. Technical teams in China are often expensive, especially if you want to work with the reliable and savvy ones. In my experience, if you just go with any team, there will often be aftermaths to deal with that can become very costly eventually. So in order to guarantee the quality of my work, I have to work with the best teams.