By Li Xuhui, Translated by Fiona He, Image Courtesy of Faurschou Foundation 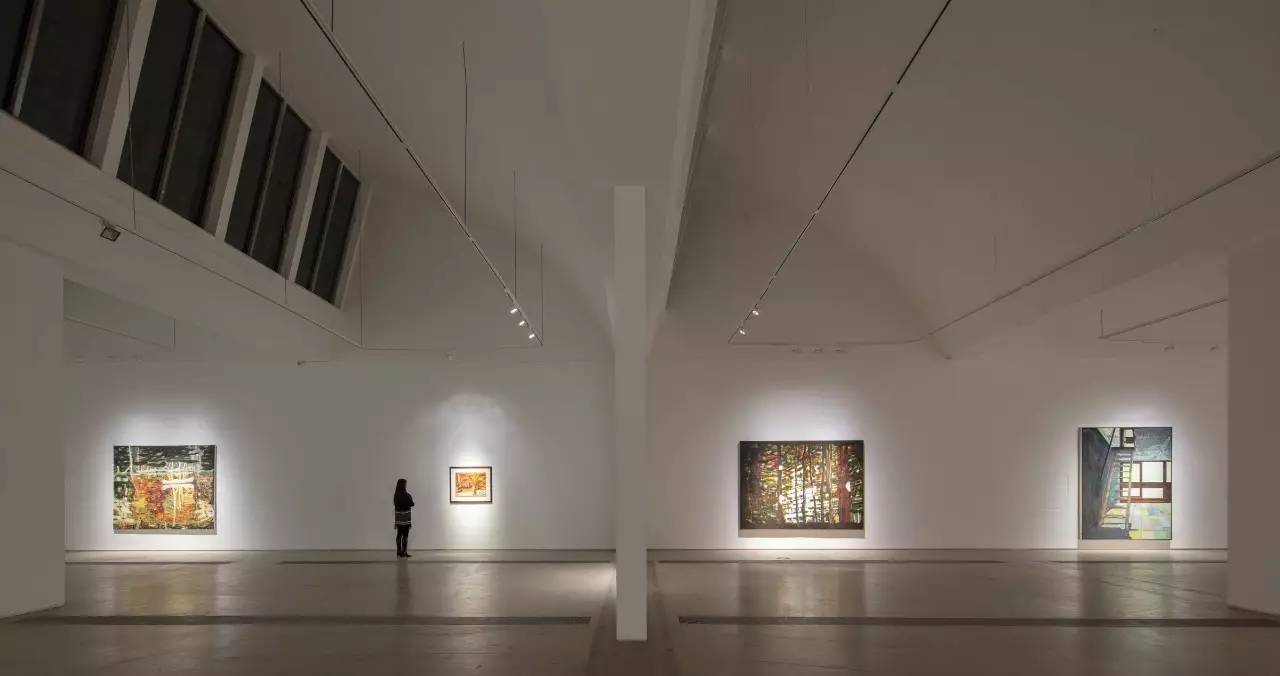 Peter Doig, was born in Edinburgh, the capital of Scotland, and has spent his childhood in Trinidad and Canada. In 1979, he returned to the U.K. to at Wimbledon College of Arts and St Martins School of Art, and then received MFA from the Chelsea College of Arts in London. And since 2002, he has been living and working in Trinidad.

In 1990, Peter Doig received the Whitechapel Artists Award. His work “Blottter” received the John Moore Award in 1993. In the following year, Doig was nominated for the Turner’s Art Award that had drawn him attention on the international art world. Peter Doig’s infatuation with landscape painting is invariably relevant to his living environment.

Speaking of landscape painting, European civilization was enriched for having undergone a period of transformation in modern history, from the late 19th century to the early 20th century, painting was embraced as a unique artistic language in the history of European art, which in fact embodied multiple significance and inclinations. As a vessel for the ethos of classicism, most of the landscape artists withheld a complex and conservative attitude.

Since Cezanne, the artist’s experience of nature would be transformed through one’s subjective concepts and the artificial spectacles as models in constructing the capitalist ethos in the 20th Century. Expanded with the popularization of technology, the imperceptible humanity entered an omnipresent world of self – constructed spectacles that subsequently alienates people from the real nature. Atrociously, stimulated and encouraged by commercial interests and technology, the existing world of spectacles renew at a much faster pace. In response, people could only abide to the constantly advancing technology, adapting their mindset and technology to alleviate their fear of becoming a passé of their own time. Thus, human existence is becoming increasingly like the hamster trapped on the ferris – wheel of technology. 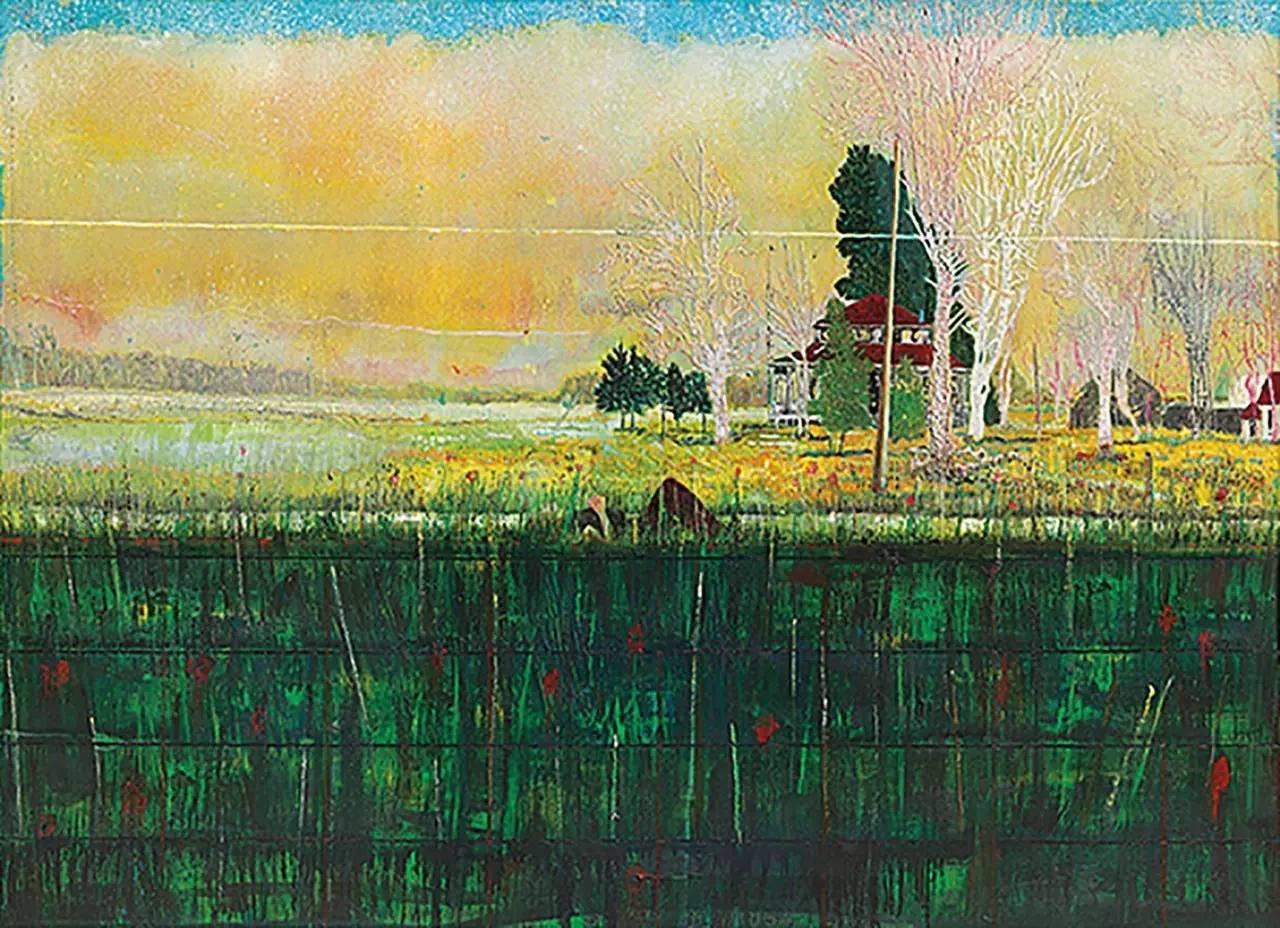 This reality is difficult to eschew from. On the contrary, Peter Doig paintings benefits from his ongoing experience of nature. In his childhood, he lived in the woods of the Quebec forests, in Canada, a buffering zone for the artist to gain understanding of the self and modern civilization. It is an environment that has later become the visual source for his mid – career landscape paintings. If we were to examine Peter Doig’s paintings, we’d discover that in the early 1980s, the artist focused on the chaos and barbarism of the big metropolis. He preferred to paint with fine lines in his portrayals of architectures and sceneries. The structural composition seemed unstable in his imageries, whereas, the works produced during his mid – career phase began to manifest certain principles, for instance the compartmentalization and reconstruction of the image. “White Canoe” (1991) for instance, was a continuation of “Swamped”, painted in 1990, that divides the canvas into two spatial sections by the water, and the ghostly canoe floats between these two worlds. Peter Doig’s “White Canoe” was influenced by the film “Black Friday”, whose protagonist was constantly on the run from the chase of a serial killer, only once reached the canoe, had he caught a moment of peacefulness. In spite of the view of the water being disarray and threatening, the blood – like crimson red creeps up to the white canoe, the withered branches reach out from a number of black holes, as if they’ve been infected by the plague. Those white effervescent light spots in its vicinity are like the faces of the spirits. The artist’s practice has always incorporated elements of abstraction and figuration, reality and imagination. The white canoe contoured in ambiguity served as a pause, or perhaps a shelter, is placed at the center of the water to appeal to the next rider to the boat.  Of course, Peter Doig was not the first artist to address the subject of mysterious suffering. German artists Arnold Bocklin’s painting, the “Death Island” in which a monk dressed in a white rope rode a small canoe in order to step onto a semi – artificial island. The angular rectangular architecture vaguely appears in the mountain, the mountain encapsulates its lush vegetation and the water was painted in black and maroon. Similarly, American painter, George Caleb Bingham used the canoe motif in his 1845 painting, only that the subject was set against a dim but warm gray backdrop, in which two fur traders are placed on the canoe and a black cat tied to the bow.

The “lonesome boat” has been an iconographic subject in Peter Doig’s artistic practice, and obviously “Red Boat” (2010) is one of the classics. As an avid collector of vinyl records, Doig listed his favorite 100 songs for his Whitechapel solo exhibition. The painting drew its inspiration from the leaflet in the vinyl record of “Duane Allman Collection”, all of the six Allman brothers band members sat on a red canoe.  In Doig’s painting however, he only kept the Christ – like bass player Berry Oakley on the lonesome red canoe. To contrast with the red canoe, he painted the vibrant green lake surface and the darker lawn above it. Here, the fluent color becomes part of the water, as if the figures left hand placed on the canoe seem to pour into the lake. Peter Doig once mentioned this painting has been inspired by Henri Matisse’s “Bathers with a Turtle”, he said, “The spatial composition of this painting is courageous, because the imagery can be confusing, since you don’t know what you should be are looking at.” For the “Canoe” series, the artist has divided the composition into a few abstract levels, record posters, the artist’s memories, and scenic landscapes that all came together on the same piece. On this subject, the artist has only painted a total of three works. 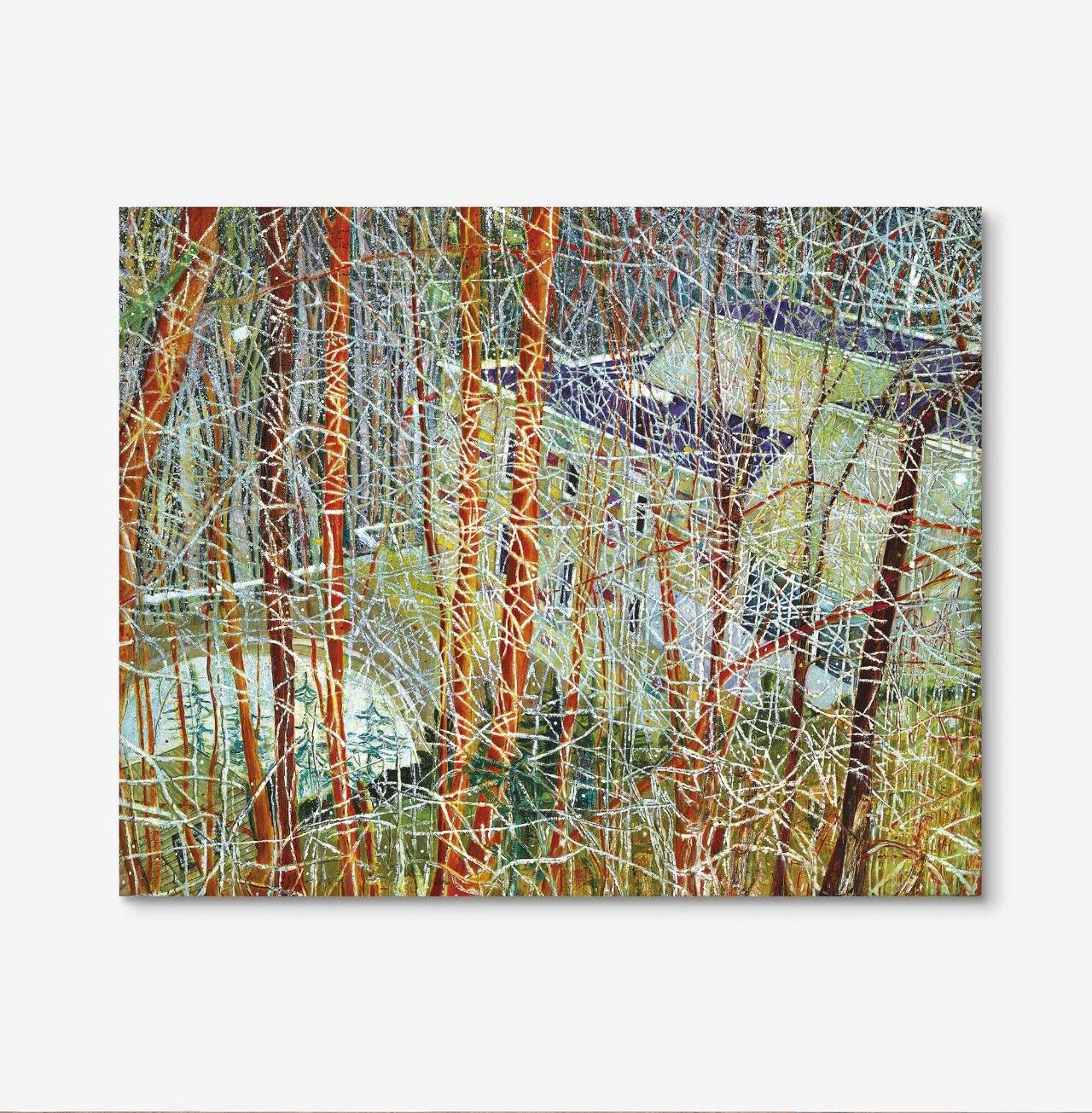 Peter Doig’s artistic career was not always unhinged, he nearly gave up painting in 1991, in which case, the world have lost a great master of painting. Being a recent post – graduate, Doig did not sell any of his graduation works. Disillusioned by the prospect of his artistic career, he planned on giving up painting confronted by the circumstances of his life at the age of 35. Thereafter, he received the Whitechapel Artists Award, where he held a solo exhibition. Among the works on view, “The Architect’s Home in the Ravine” was acquired by a collector, marking a turning point in his artistic career. It was also Doig’s first painting that depicted a cabin hidden behind a dense forest, which launched the discourse on architecture and nature. In 1994, “Concrete Cabin West Side” places the forest at the forefront of the painting, looking through the lights we vaguely see a modern architecture with Mondrian pattern facade. Compare to the dim and crimson trees hidden in the dark spaces, the white architecture seemed illusory. In this painting, Doig portrayed the utopian communal living designed by Le Corbusier in the south of France. A building constructed in 1957, it was an architectural project built on basic concrete structure that promoted communal modes of living in post – war Europe. After 20 years of occupancy, it became defunct and subsequently shattered the delusion of utopianism. Thereafter, Doig painted “Concrete Cabin”, “Concrete Cabin II” and its interior, “Briey”. In his depiction of the architecture’s interior, the artist emphasized on time’s corrosion on the architecture, the colorful floors are covered in dust, and the unprimed ladder inadvertently revealed certain pretenses. At a distance, the white architecture appeared chimerical in front of the window. In the painting of “Briey”, Doig continued to make hard edge paintings, for example, “Image Room” (2002), “Greenhouse” (2007), “Murals” (2011) are all large dimension paintings in the same vein as “Briey”. In addition, all of these works were painted since the artist’s relocation in 2002, from Chelsea England to Trinidad and Tobago. 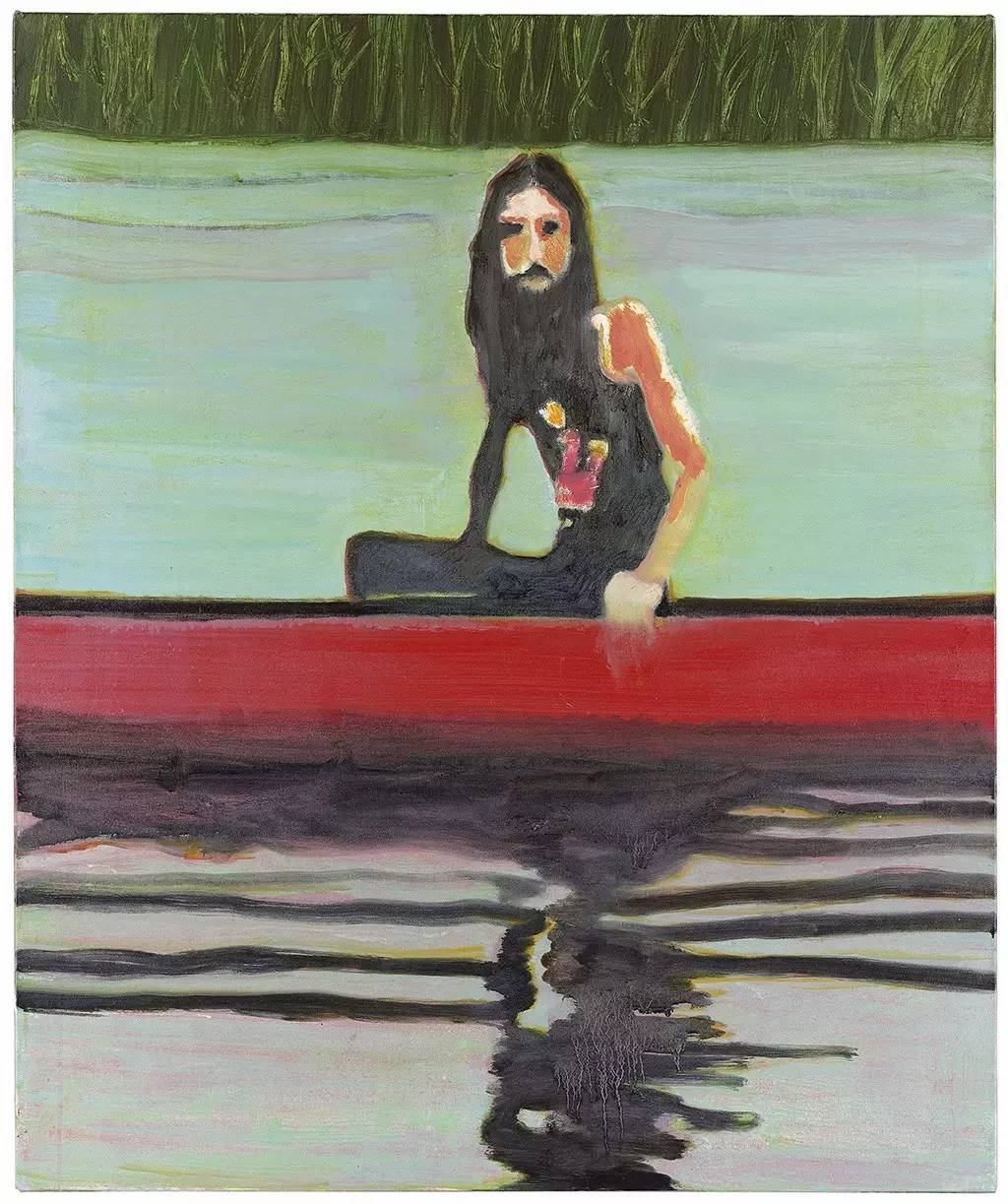 It is fair to claim that Peter Doig’s paintings are not bewildering to the Chinese audience, especially to those who appreciate of European Expressionist artists such as Munch, Kiefer and Lupertz. Doig’s paintings on the other hand, provide new parameters to their cultural adventures. In March this year, Peter Doig’s solo exhibition, “Cabins and Canoes: The unreasonable silence of the world” curated by Francis Outred was presented at Faurschou Foundation Beijing. This exhibition focused on 19 paintings painted over a period of 15 years, which includes works on paper, on canvas and on board. The curator added short phrases by the existentialist philosopher Albert Camus throughout the exhibition space, and various literatures about the artist were made available in the VIP room.