By Wang Wei, Translated by Fiona He,  Image Courtesy of Hadrien de Monteferrand

Jiang Zhi’s solo exhibition “To Make with Change” at Hadrien de Montferrand presented a series of new works about the “dispersive objects”. From his works in recent years, his artistic impetus have been inspired from reflecting on a number of metaphysical issues, which evolve around the relationship between humanity and the world. Among the different series, vaguely transpired through formal and logical cues, the artist gradually constructs a system of expression on the relationships between image and perception, individual and the world with his ongoing experiments. 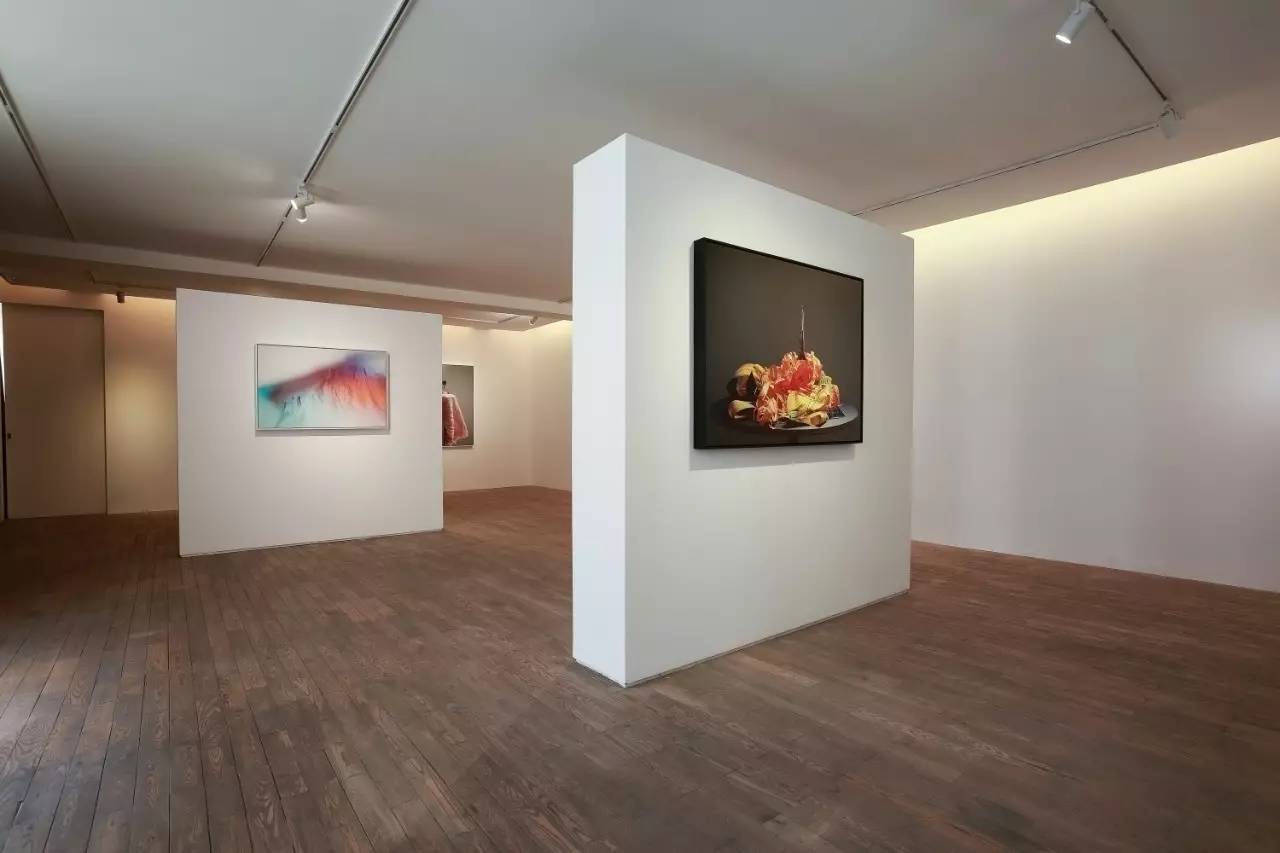 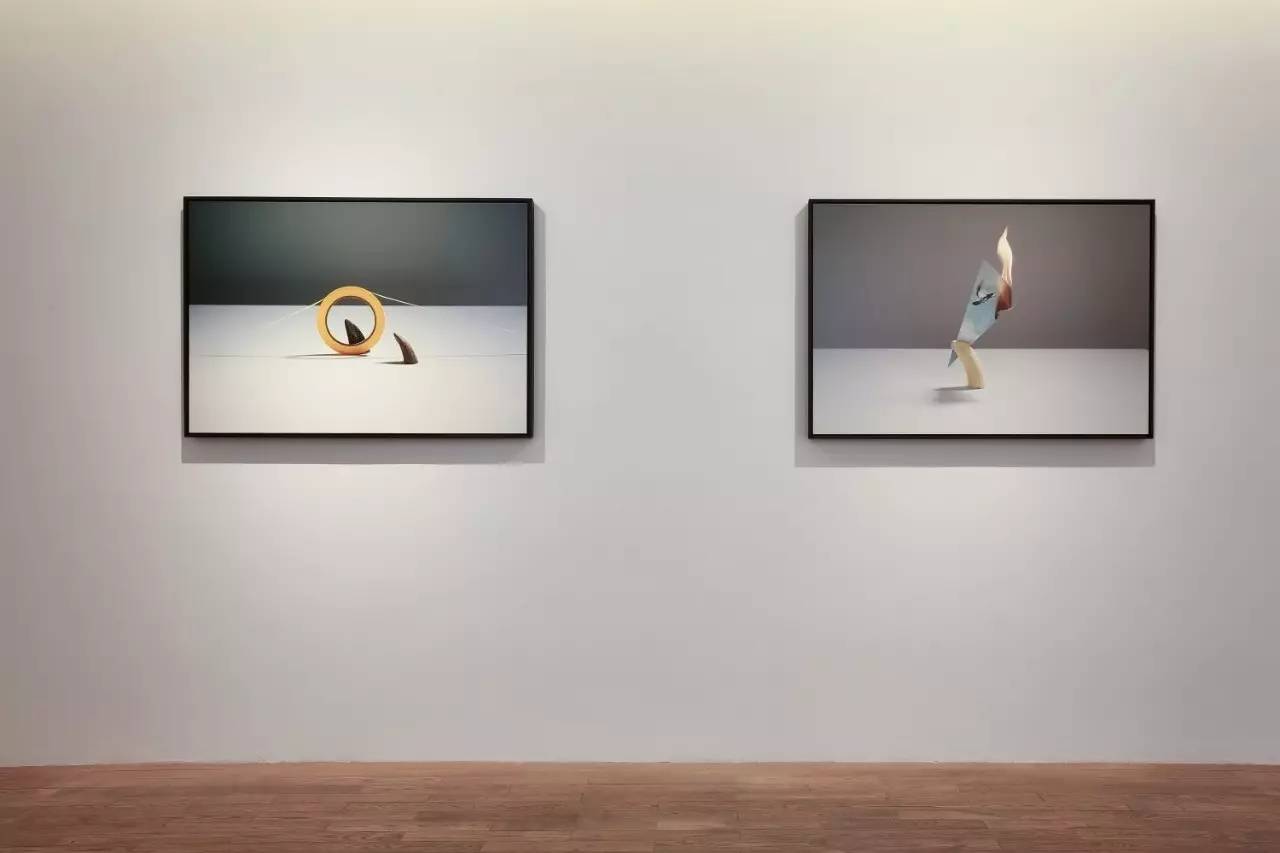 At the entrance of the gallery, Jiang Zhi presents two works from his 2016 series, “Love – Addict”. In this series, the artist has used features of crystals and metal to create a seemingly outer space scenario. The sculptural quality of the metallic ore stands in the of middle of the image as a ruin, its bewildering and detached impression awakens the viewer’s imagination with their existing notions of nature and civilization. It is fair to claim that Jiang Zhi has created a new reality in “Love – Addict”, by which to call on the viewer’s own perceptive visualization, while the artist addresses the formation and translation of subjective perception. 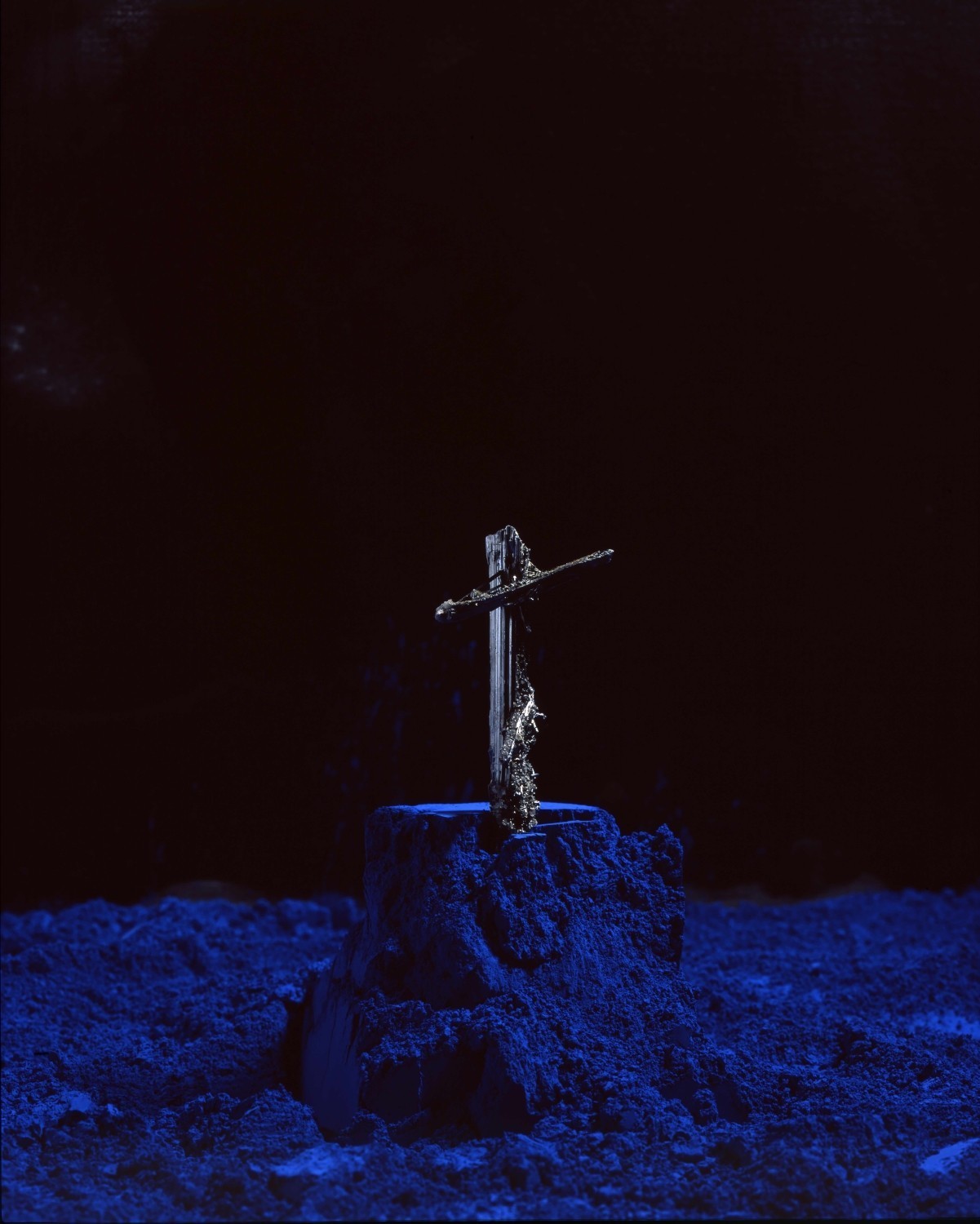 At the same time, Jiang Zhi reveals the truth to the viewer that our understanding and perception are informed by our past experiences. This has become the cue for his new series, “The Dispersed Objects”. The works that precede this new series suggest a line of progression that provides the viewer a conceptual channel to efficiently access the artist’s new notions. At the same time, the short – poems the artist has written and installed throughout the exhibition walls exist as independent pieces to establish an image – text relationship vis – à – vis the visual components, illuminating on the secret path towards the depth of the artist’s thinking.

If “Love – Addict” is creating a new reality, then “Dispersive Object” series displays new possibilities of using the image mode. The visual elements in these images are those easily found in the artist’s everyday life, including printed images. Other than reconstructing the relationship between the objects, Jiang Zhi is intentionally administering the physical quality of these objects in order to activate their “three dimensional” functions. The assemblage and transformation of these objects generate images that challenge the viewer’s understanding in their original context, so it engenders a familiar yet bewildering experience. 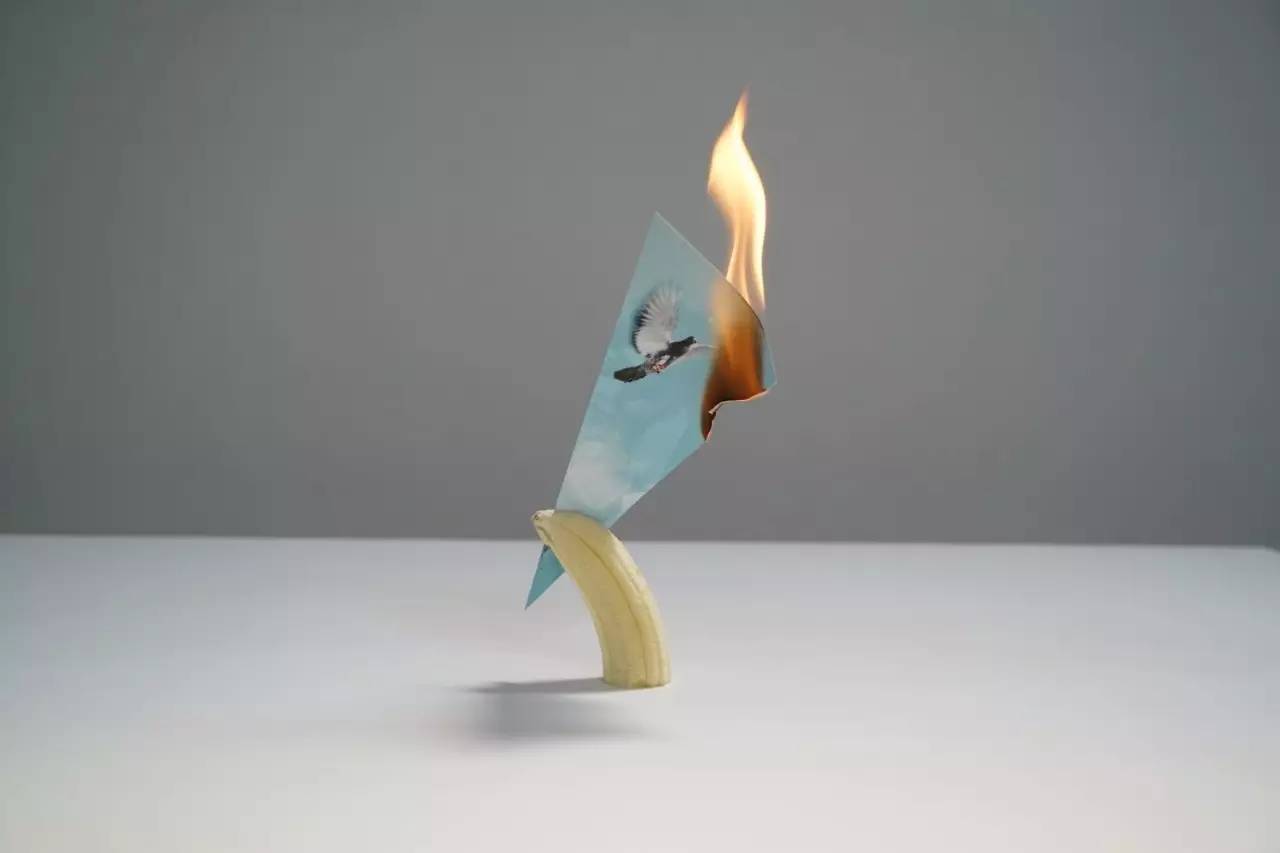 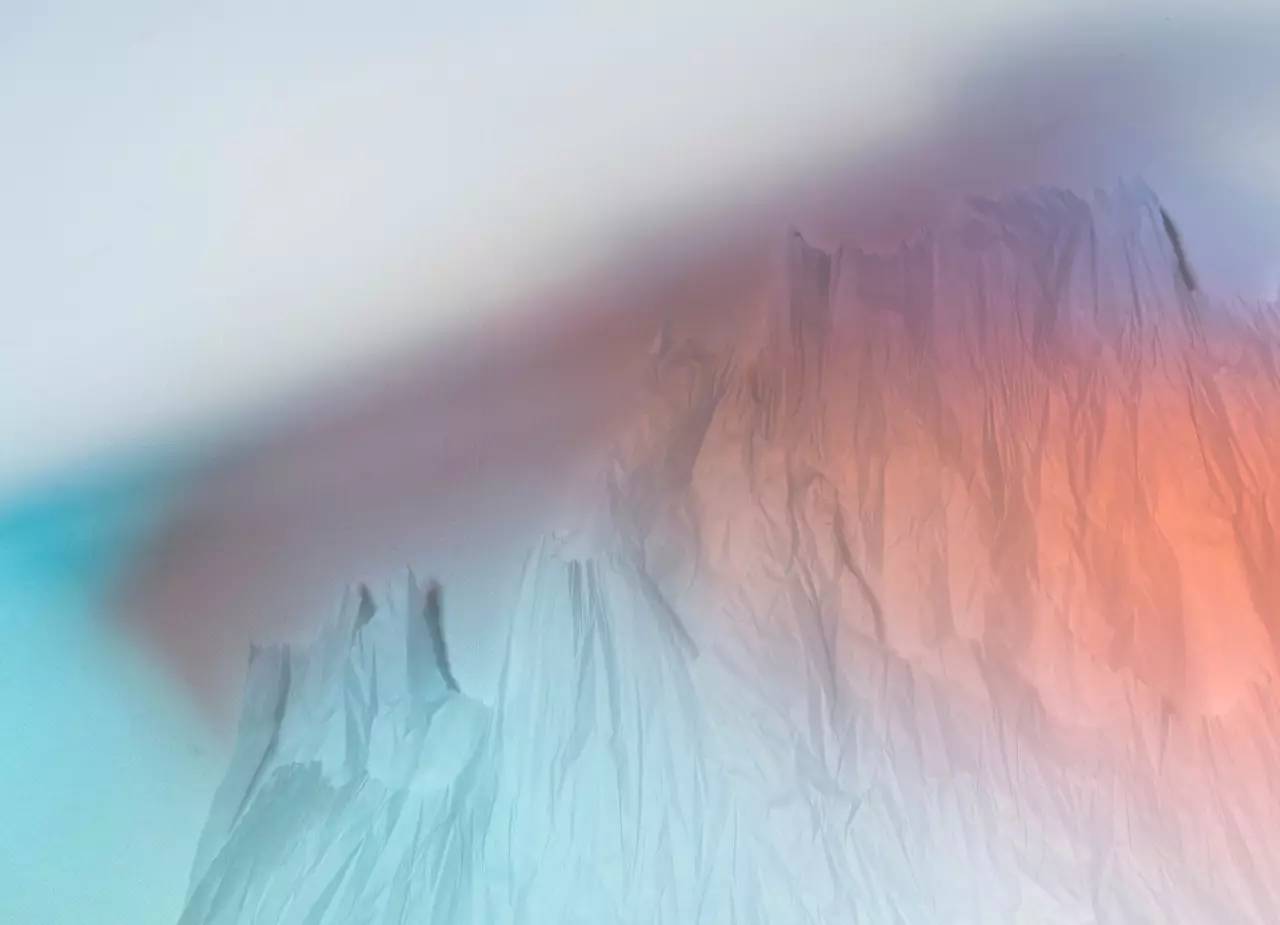 The over – production of images has led people into a comatose when it comes to reading images. Those images generated from popular culture have been intentionally appropriated as the materials for “Dispersive Objects”. In fact, the public and consensual qualities of these images are perhaps the very reason for the artist to use them, because they are the most effective means in stimulating the viewer’s perception and understanding. The artist pieces these pedantic images in a fictional scenario that undermines the viewer’s unscrupulous perception of them, at the same time, whereby to activate the unknown in the familiar. Of course, every viewer may interpret or imagine meanings from different levels in the “Dispersive Object”, or seek out a rational overlap with the reality of these images. In other words, those vague familiarity is an understanding shaped by past experiences. And this series transcends common mode of presentation so the viewer may not draw reliable impressions from one’s experience, and this sense of bewilderment enhances the viewer’s doubt of one’s own assessment of images. 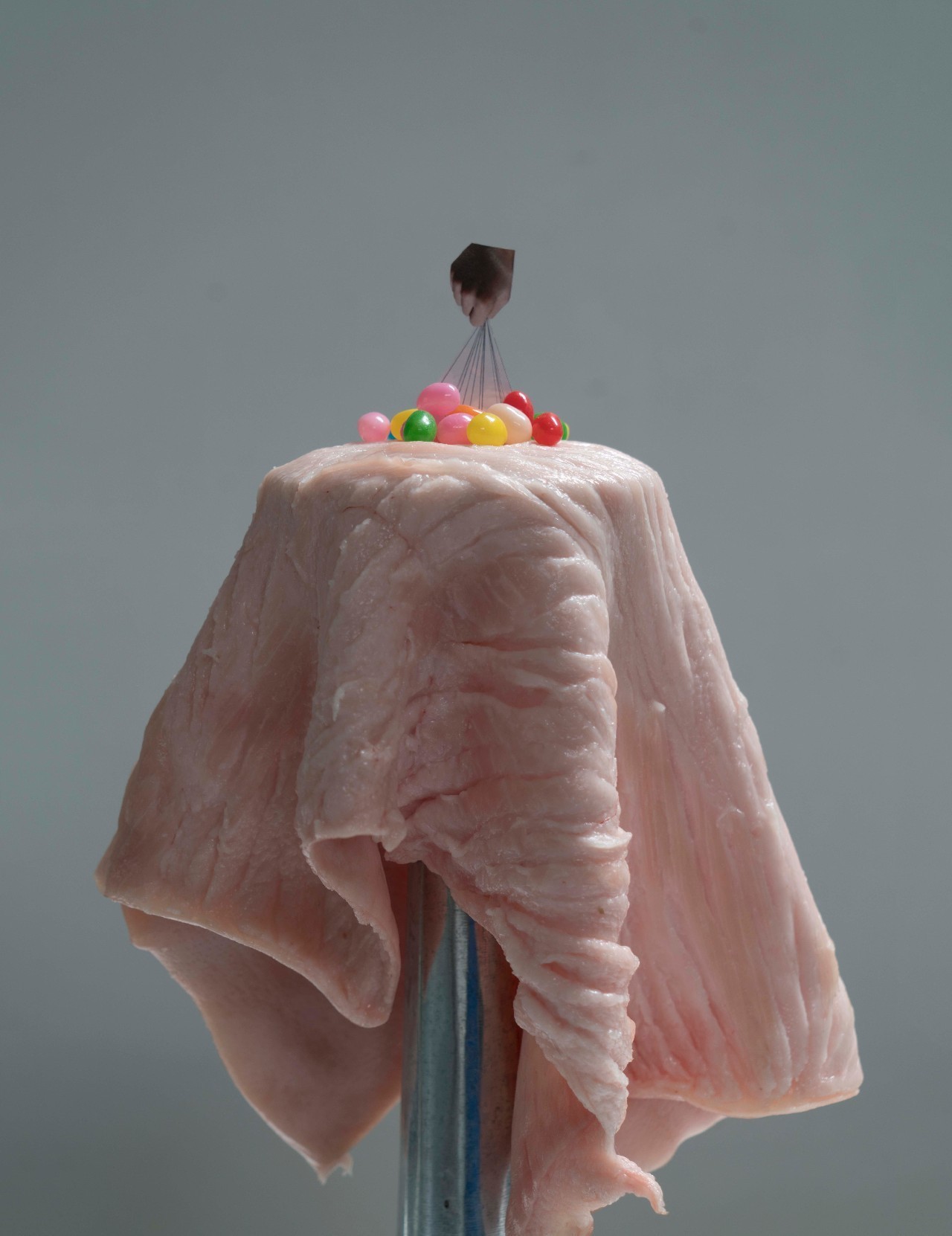 Perhaps, the uncertainty in one’s perception of images coincides with the artist’s intention. The domination of image media as a primary means of information dissemination confines people’s understanding within their attributed meanings, on the contrary, the objects do not embody any meaning other than what’s informed from the specific background and system in which they exist. For this reason, to dilute, mix and hinder the media function of the image is a way of dissolving fixed meanings. Notably, while we are stimulated by the indescribable images the artist has created, we have also gained an opportunity to re – examine and perceive reality.