798 Art: Your earlier works took still-life or landscape as the subjects of depiction, although it seems in recent years, figuration has become a primary focus, what kind of transition does this shift suggest?

Bi Jianye: It has been a long time since I painted those subjects; even then, those artworks shouldn't be considered classic still-life and landscape painting. Compare to my earlier work, the figures in the scenes are writ large and became the main subject. Some objects have been personified, and the still-life became portraiture, to which I have projected a personality with specific postures and emotions. The recent works embody more complex emotions related to the transformation in the human characters and their environment, and impossible to convey through painting "objects."

798 Art: "Fight" is a common subject in your recent works, and there are many works as such in this exhibition. What made you interested in this kind of scene and represented it in repeated and diverse fashions?

Bi Jianye: From the "bodies" tied to bananas a few years ago, to the struggling bodies of the sportsmen on the green field, to the combating figures of different identities, this series lasted four to five years. I prefer to use those completed works as the blueprints for later works. As the numbers accumulate, the materials on my mind become more diverse, and I hope to benefit from this kind of incremental and deepening approach to artistic practice. It's similar to the player of online games, and he needs sufficient experience and points to move up a level. The relevance and differences between them, advantage, and shortcomings would equally provoke new changes. When I expand my practice on this basis, the same or new subjects will develop.

798 Art: Among the works on view in this exhibition, you've adopted formal exaggeration and silhouette to highlight the sense of movement, especially for the artworks in smaller dimensions, the sense of action becomes the subject matter; hence the image offers an abstract visual effect. What propelled to emphasize the sense of movement?

Bi Jianye: In some works, I purposefully painted "vague" shadow "solid", and give the formless shape, this process translates abstract elements into the figuration, so the "vague" can be represented as figuration. The contrary is also possible, and I consider these reverse practices a way to explore the overlapping areas between figuration and abstraction. In these paintings where the bodies struggle and tangle together, I am reminded of futuristic paintings, of Charlie Chaplin, and Walt Disney. 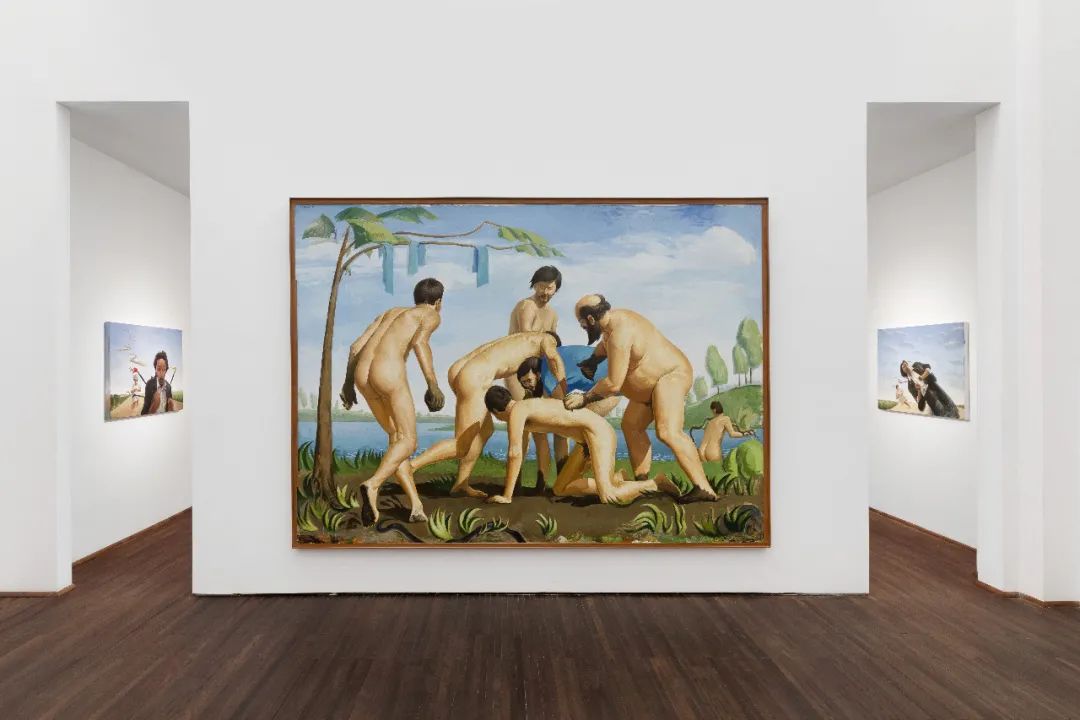 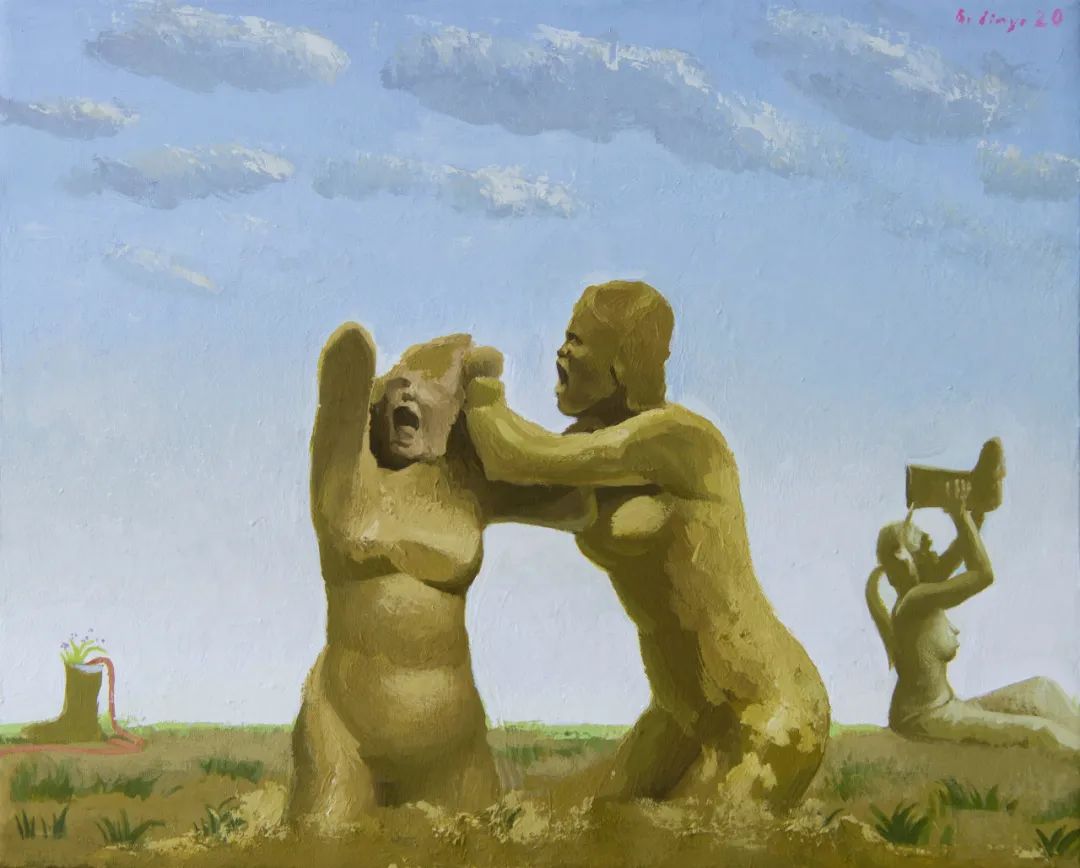 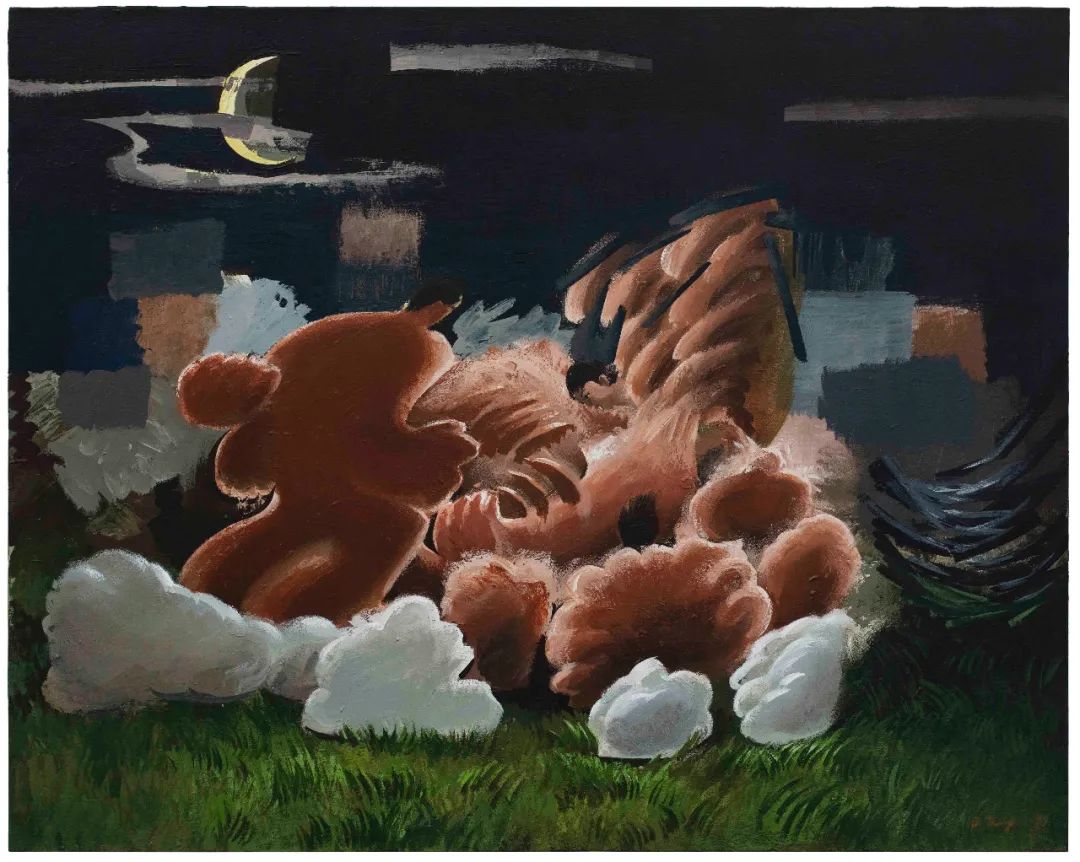